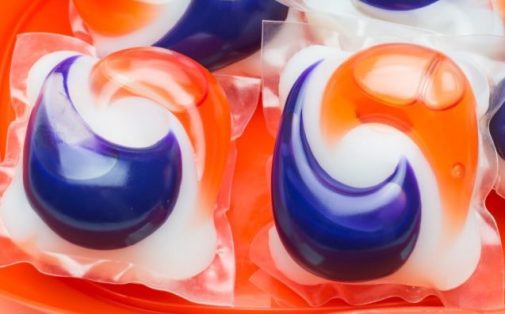 The Utopian idea of the internet has taken something of a battering in the last five years or so, but regardless, the idea retains an intuitive attractiveness. The internet can bring us together, can connect us, can facilitate the flow of information and help educate us, raise our consciousness and bring together people who would otherwise live and die with no knowledge of one another. It can also help encourage people to eat laundry detergent.

There’s something striking about the internet in its fondness for the kind of absurdism that hasn’t been seen since the height of surrealism and the works of Dada and Andre Breton but the craze for consuming (or, at the least appearing to consume) detergent pods has less to do with the pope of surrealism and far more to do with something darker, more horrifying and more fundamentally Gothic. The way this story and stories like it are discussed is typically framed in such a way as to make the internet, or youth culture or memes or some combination of the three the cause. The implication of this framing is that pre-internet humanity was less prone to this inexplicable behavior and now, in an era of hyper-networked technology, such trends emerge. The flaw with this is immediately obvious – the internet hasn’t caused this kind of behavior but merely made it easier for us to know about it happening and secondly, the internet hasn’t introduced a new, less rational or reasonable aspect to human subjectivity, but merely provided the space into which the long-repressed aspects of subjectivity can emerge.

For all of its modernity then, the internet has, in many ways, more to do with the irrational, the historical and the marginal than the technological and the contemporary.  Defining what makes something Gothic has always been something of a critically contested idea – the old classic Gothic novel may no longer exist, but the Gothic was never simply a set of aesthetic conventions, but a discourse, a way of knowing and thinking and acting. One of the most widely accepted critical arguments notes that the Gothic is marked by a return of the barbarous or irrational past into the present. It’s already been noted by others that the pods are designed in such a way that they tap into food desires and parts of our brain that we have little conscious control over. As a result, the Tide pod challenge brings into the conscious present the oldest and most basic parts of the human mind. Furthermore, and perhaps more worryingly, this whole issue of product design raises the possibility that Tide Pods are not only appealing to eat but were deliberately made to be that way.

In February 2012 a crack team of scientists released something into the homes of America, a new product that was widely popular and promised to make one domestic chore just a little easier and a little more convenient. It was a noble goal, and a profitable one too – Tide pod sales in their first year approached $500 million but little did they know (or, perhaps they did?) the dangers inherent in this brightly colored creation. In March 2013, just over a year from the product launch, the first toll was revealed. Poison control centers reported 7,700 cases of poisoning from ingesting the pods. Children couldn’t resist.

Tide Pods were a monster, in American homes, not lurking in the dark corner or under the bed or in the wardrobe but was right there, right next to the most mundane marker of domesticity. Yet the Pods weren’t just coming for your children – we might have thought that we could resist, that our minds, our selves, so sophisticated, so connected in the age of digital technology, would keep us safe from the Siren call, the irresistible murmur of the Old part of the mind to eat. the. pod. We were wrong.

We were warned of course – the annuals of Gothic writing are full of stories of the great and the good seduced and driven mad by the knowledge that man was not supposed to possess, by the desperate desire to press beyond the limits of the reasonable and the known and into the realm of madness. Once, we were tormented by the call of the Elder Gods, the slumbering behemoths that dream under the sea waiting for the day when they can retake the earth, and now? Now the monsters are not C’thulhu and Yog-Sothoth but the work of Procter and Gamble. They whisper, ‘taste,’ and yet even knowing that acquiring that knowledge would destroy us, would poison us, would drive us mad, there is still a part of us that cannot help but wonder. There are echoes here of Goethe’s Faust – the internet generation desperate to go beyond mere human knowledge and even as we smile and laugh and say, ‘no-one really means that you should eat one,’ we can’t help but be tempted. Lovecraft warned us of the dangers of non-Euclidean geometry that would unhinge our minds, but little could that tedious racist have foreseen the monstrous horrors we now keep next to the laundry basket.

(this was all inspired by a curiouscat question from @mood_adrift and is all his fault. If you’d like to ask a question and see if I turn it into a longer piece like this, go here: https://curiouscat.me/TheLitCritGuy)